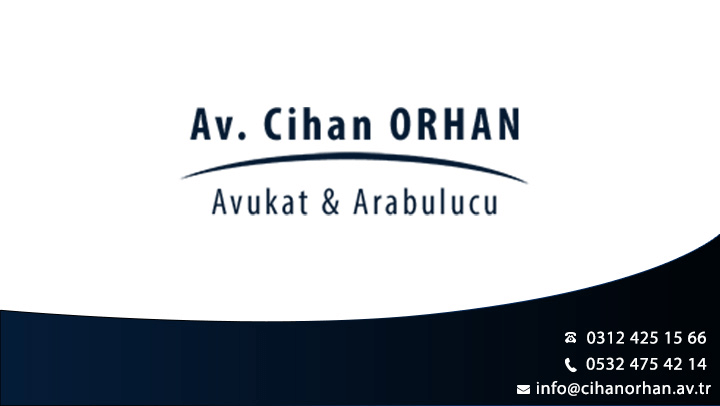 Mediation is an alternative dispute resolution (ADR) method which is becoming more common in countries with a developed law and justice system and it contributes a lot to the disputes resolution with regards to the parties, the society and the justice system. This method takes part in 6325 Code of Mediation in Civil Law Disputes. It is defined in Code’s Article 2: “Mediation is an arbitrary dispute resolution method which takes part within the participation of an objective, independent and specialized third party who gathers the disputed parties with the aim of discussion and negotiation and starts the process of communication between them to make them understand each other and find their own solution as a result.”

“Draft Law about Labor Courts” which regulates mandatory mediation has been accepted by the Turkish National Assembly in the previous days and it as a result that the importance of mediation and mediation advocacy in Turkish Law system has increased undoubtedly. In accordance to the aforementioned draft law; for action debts that arise from employee's holdings or reemployment lawsuits, which both are based upon personal or collective labor contracts, it is made to appeal for mandatory mediation before the lawsuit. Whether a lawsuit is filed without appealing to the mediator in these compulsory conditions which are mentioned in the Labor Code, related case will be rejected on procedural grounds according to 6100 Code of Civil Procedure, Article 115. Yet, in that situation, it can still be possible to appeal to the mediator within two weeks after the Court’s final verdict has been declared.

What is Mediation Advocacy?

Mediation lawyer (advocate) is the lawyer who represents his client during mediation process. Judicial process aims to reach the material facts by bracing up from the conflict between parties, by its nature. However, mediation process is a friendly settlement method which aims mutual agreement and to protect both parties interests within the bounds of possibility. Thus, mediation lawyer, in opposition to the trial lawyer, will proceed the process by settlement yet not from conflict and will meet with the other party to come to terms with them on the conditions which provide his/her client the highest benefits.

Although mediation is an alternative dispute resolution method, it is a method which brings a solution to the dispute and bears legal consequences in judicial life. Even though it is possible for the parties to manage the process themselves, they can also be represented by a lawyer as if in a trial. Moreover, managing this process with a mediation lawyer will be important that it may prevent various losses of rights and benefits that may occur, as mediation lawyer will prevent these losses of rights and benefits which may cause from client’s lack of knowledge or attention and represent the client during the mediation process in the most constructive way to provide him/her the utmost benefits.

Cihan Orhan Law Office © Copyright 2019 | All Rights Reserved. Disclaimer: This site is subject to Turkey Bar Association of Professional Rules and Regulations on Prohibition of Advertising. The site itself, its logo and content may not be used for advertising business development and similar purposes. Linking to this website is prohibited. The information contained on our website is not legal opinion or advice