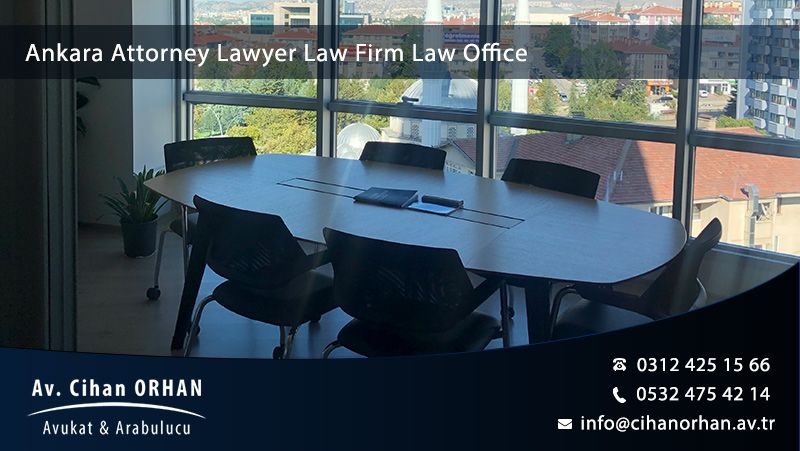 Ankara Attorney Lawyer Law Firm Law Office
Many foreigners use words like “Ankara Attorney Lawyer Law Firm Law Office “in Google Search to  find attorney around Ankara Region.
Ankara as the capital city of Turkey, hosts numerous courts of first instance, administrative courts, magistrates’ courts and specialised courts such  as Labour Courts , Customer Courts, Family Courts. In addition to that, Court of Cassation, the last instance which reviews rulings and judgements rendered by justice courts, the examination courts and renders verdict upon appeal lies in Ankara. Our law office located at the opposite of the Court of Cassation and this allows us to an excellent follow-up for cases.
Fundemantals of the Turkish Law System
Judicial System of Turkey highly influenced by Continental European Law System. Many codes are modified from their European counterparts. For example Turkish Civil Law copied from Swiss Civil Law.
The judicial system in Turkey has a multipartite structure at the levels of first instance courts, district courts and supreme courts. The main sepration is defined as civilian judicary and military judiciary. Both of them are divided into two sub-categories as ordinary and administrative judiciary.
Ankara Attorney Lawyer Law Firm Law Office
Legal Profession
Lawyers     :  After one year of internship, private lawyers could join a local bar association. Lawyers have to join a bar assocation to being active in litigations.
Judges        :  Turkish court system does not contain a jury concept. Both civil and criminal cases are decided by judges. Judges shall be independent in thee discharge of their duties; they shall give judgement in accordance with the Turkish Constitution, laws and their personal conviction conforming with the law.
Prosecutors          :    Public charges are brought to courts by prosecutors. Courts adjudicate litigation with prosecutors claims.
Ankara Attorney Lawyer Law Firm Law Office
Supreme Courts in Civil Justice
Court of Cassation        : Court of Cassation is the last instance for rewiwing verdicts given by courts of criminal and civil justice. Court of Cassation locates in Ankara, opposite of our law office.
Constitutional Court: Constitutional court is the main authority to determine the relevance of the codes and laws to the Turkish Constitution. During litigation discord of a law to the constitution could be submitted.
Ankara Attorney Lawyer Law Firm Law Office

Cihan Orhan Law Office © Copyright 2019 | All Rights Reserved. Disclaimer: This site is subject to Turkey Bar Association of Professional Rules and Regulations on Prohibition of Advertising. The site itself, its logo and content may not be used for advertising business development and similar purposes. Linking to this website is prohibited. The information contained on our website is not legal opinion or advice